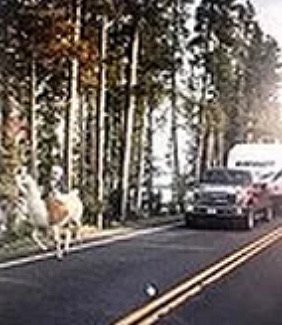 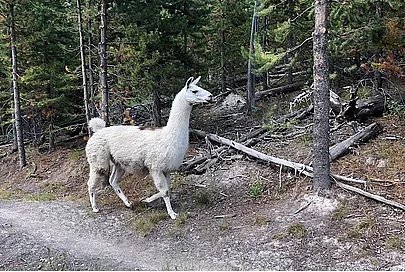 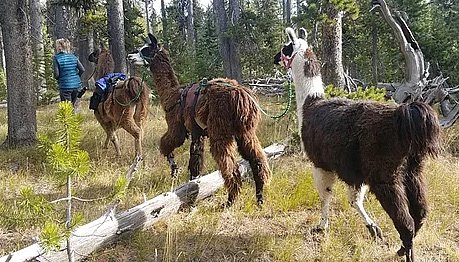 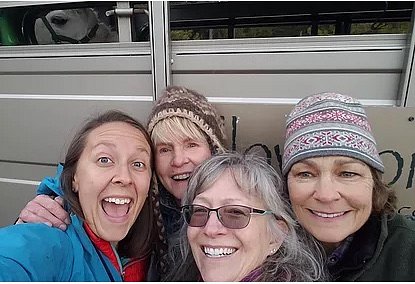 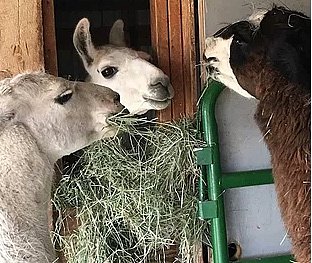 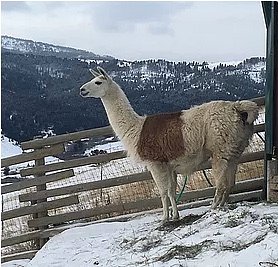 I was alerted by FE Baxter and Pat Little on Oct. 24, 2018 to the fact that llama “Ike” had been wandering around the Yellowstone wilds for about 3 months, apparently after taking leave of a pack string. Upon contacting the Park Service on October 25, I was informed that this was indeed the case, that the owner had given up trying to retrieve the llama and that there were no further attempts planned to rescue Ike. For your information, my company “Yellowstone Llamas” is a concessioner in the park offering llama pack trips and so is the company that lost and abandoned Ike. A law enforcement ranger at the South entrance gave me more details of the “half-hearted” attempts by the owner to capture Ike  in  the weeks  after his escape.  I was given permission to camp in a gravel pit on Lewis Lake. I knew that the roads to the south entrance were going to close for the season on November 5 and snow was in the forecast, so time was of the essence. Ike would not survive a Yellowstone winter.

Our rescue operation included 4 humans and 3 carefully selected llamas. We set out the morning of Sunday, November 28 with a Suburban stuffed full with food, clothes and gear, towing a trailer with 8 metal stock panels and 3 llamas. We arrived at Lewis Lake Gravel pit at 1:30 pm, had our corral set up and llamas unloaded and tied in a string by 2:30 pm. One of my volunteers discovered Ike by 2:45 pm through her binoculars about a mile away sitting in the sun on the other side of a body of water. Our approach was hindered by bogs and dense forest so we loaded llamas again and drove to a nearby trailhead where we parked, unloaded llamas and set out.

The trail was going in the right direction and we spread out with radio contact. After about a mile, we started going cross country in the general area where we suspected Ike was and were rewarded by him approaching us at speed. At this point, we were 2 humans and 3 llamas. The llamas greeted each other and I made no attempt to touch or otherwise infringe on Ike. I figured that he had been through a few attempts to capture him by people chasing, surrounding and grabbing him and did not want to make the same mistake.

After a few back and forth starts and rattling of a grain bucket, Ike decided to follow us. Once on the main trail, he fell right into step behind the 3 llamas and 2 humans. This felt familiar to him. A pack trip. He followed us at his own free will. At the trailhead, he hesitated and checked out the unfamiliar trailer but then decided to jump right in after his new buddies.

It was 5 pm. We decided to return the same day, had everything loaded an hour later and arrived back home at 10 pm.

Ike (now named Lewis) has been checked out by our vet and his cheek abscess is looking much better. Not surprisingly he is a little on the thin side. The previous owner has transferred Ike to me. The Park Service is still working on their side of things but I hope everything will be settled shortly.