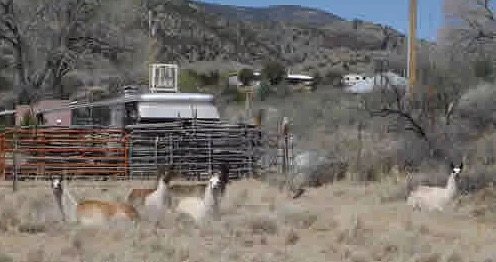 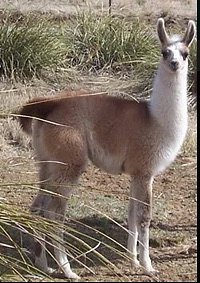 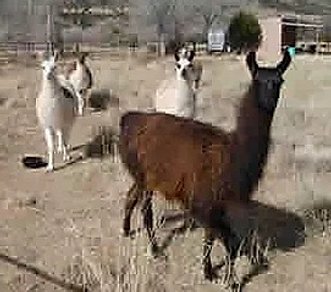 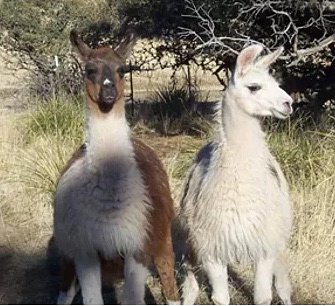 I would like to acknowledge all those folks at SWLR and in the llama community at large for their kindness and support. First I would like to thank all my great new friends in Silver City: baxter, Don, Rinda, Dianna, Josh, Suji, and Sandy. Pat and E.T. , please come visit the boys when you get a chance and thanks to Kelley and Shawn for their kindness. Cheryl, thanks for fostering the boys in Ruidoso when they had no where else to go. Barb Brady, of Flaming Star Packs, thanks for setting me and the boys up for the trail. Thanks to Dick Williams for continuing the publication The Backcountry Llama, offering folks with working llamas a venue to connect. Special thanks go out to Marty McGee-Bennet and Linda Tellington-Jones for offering their compassionate and advanced understanding of animal behavior in the form of tools and workshops that transcend the traditional knowledge-base on working animals. I sincerely hope that more folks in the camelid community will embrace the training and handling methods laid out in Marty’s Camelid Companion. With compassion comes understanding, in all realms, and this is foundationally true in constructing the human-animal relationship.

On February 11, 2009, we loaded  all five boys up at baxter’s (in my  new-to-me llama  trailer) and transported them  the 60 miles north to their new home. We humans stood by as they frolicked and investigated their main pasture and surroundings. A celebratory tone was in the air, and llamas and humans alike seemed at ease. We concluded the day with a wonderful potluck and shared in a heartfelt couple of hours of commensality, before my dad and I were left alone with the boys. I couldn’t help notice how at-home they seemed in this new alien surrounding, it was like they had always been here. In that moment, I knew once and for all that I had done the right thing!

During the last month, the boys have gone on several walks and have been slowly immersed in desensitization body-work with me, which have been paying nice dividends. The boys have entertained me with their antics, impressed me with their ability to learn, and imbued me with a sense of anticipation I have not possessed in years. To know that we will share the trail for many years to come is a grand and wonderful promise that we embrace together with each passing day. I will be founding an organization, based on this premise, called Gila Llama Quest. The hope is that folks will come and join us in a yurt and breakfast setting and/or out on the wilderness trail, with the revenue generated supporting the five boys and the efforts of SWLR. I hope to have a website up and running later this year – http://llamaquest.org.

I expected to be enthralled with the llamas, because as a wildlife biologist I have always been drawn to domesticated animals which share the greatest heritage with their wild ancestors and have been the least manipulated by human genetic selection – I was not disappointed. However, I was surprised by the ease at which I made a real human connection with all the folks dedicated to the mission of SWLR. I can’t say enough about every single person I came in contact with through SWLR, and you all know who you are. What I can express, is that these folks reinvigorated my hope in basic humanity.

Soon after a couple of volunteer trips to Baxter’s, I was invited on a packing trip with long-time SWLR volunteer Rinda Metz. This opportunity turned out to be a nice little adventure, which simultaneously demonstrated the need for preparedness in outfitting for the trail and how unexpected things are always possibilities – no matter how prepared you might be. Through the lens of this trip, I could easily see how my previous experience as a wilderness dogsled guide would lend itself to new adventure on the trail with llamas – a new dream was dawning!

It seemed like days after returning from our four to five day expedition, baxter got word from Pat Little, SWLR Adoption Coordinator in Tularosa, NM, that four young male llamas from the Hope herd were going to be available soon. I found myself in a bit of a panic wondering if I was ready for llamas. I had tentatively planned to foster Barack and one other male, maybe five or six months down the road, and slowly build a small herd, not start with complete herd in two months!  I thought about this new possibility long and hard, and came to the conclusion that I thought I could do it. Then reality sank in when Pat sent me picture of the four boys at her place – they really existed and were waiting for me.

I started to hear whisperings from Pat that these four were likely to be pretty wild, the fencing costs started to build into the thousands, and I started to think pragmatically how this responsibility would shape and change my life – the panic returned!  I began to ask myself if I was doing the right thing, and my nights were spent second-guessing the whole process.

Right after the New Year, Rinda and I traveled with one of baxter’s truck-and-railer rigs to meet the four new boys and transport them to Silver City, where Barack would be weaned while being introduced to his new herd mates. Pat and E.T. provided a great learning environment and supplied even better hospitality. Before I knew it, it was time to load the boys up and head back to Silver City. Initial introductions went well, and Barack was slowly weaned and assimilated into his new herd group.

Let me start by explaining who the boys are; they are five yearling male llamas from the Hope llama herd. The Hope llama herd came into existence during the passing of an elderly couple with ranch property near Hope, NM.

Gradual neglect of a small herd, as often occurs during times of human life-transition, led to the mixing of male and female llamas, which created more llamas. Soon this small group grew to 30-40 llamas largely fending for themselves. The children of the original couple were not in a position or disposed to caring for this herd and SWLR stepped in to take-in these animals. Three llamas went to F.E. Baxter: Mrs. Jones, Mrs. Hope, and her young cria Barack. The rest went to be adopted or fostered around SWLR’s network.

I first became of aware of SWLR in an online search to learn as much about llamas as possible, in hopes of one day training a small herd of pack llamas to explore the Gila Wilderness.  It was amazing to see that SWLR belongs to a confederation of organizations committed to llama rescue around the world. I really had no idea that there was such a regular need to find homes for llamas. I had always been under the impression that llamas were highly prized livestock for a wide variety of purposes, and that they brought a pretty penny on the consumer market. I have always preferred to care for unwanted animals, rather than support breeding programs, especially those focused on genetic selection and profit margins. For this reason, SWLR seemed to be a good fit for me.

The closest person to me working for SWLR is F.E. Baxter (“baxter”) who operates a sanctuary on her home property in Silver City, NM. She mostly cares for females, unweaned crias, and a handful of geriatric males. I emailed baxter as to my interests and my desire to volunteer, and she immediately put me in touch with a network of folks and invited me down to her center. Wow, what an operation!  It is all packed into a ten-acre package that affords a functional and healthy atmosphere for the llamas that stay with her for varying periods of time.

One of the first llamas I met was Barack O'Llama, a 7-month old head-strong creature possessing some physical traits reminiscent of his wild guanaco cousins.  I can't say a "connection" was made, but this introduction left an indelible impression on me.

A Month with the Boys